This new genre of television emerged after the assassination of Dr. Martin Luther King, Jr.  in cities such as San Francisco, New York, Los Angeles, Boston, Milwaukee, Atlanta, Houston, and Detroit, as well as in smaller cities such as Syracuse, New York; Omaha, Nebraska; and Columbia, South Carolina.

These programs had bold names that anchored them to local and national communities and to Black liberation movements. Black culture and politics were explored on New York’s Inside Bedford-Stuyvesant, Positively Black and Like It Is, Boston’s Say Brother, Los Angeles’ From the Inside Out, Chicago’s For Blacks Only and Our People. Philadelphia’s New Mood, New Breed, Detroit’s Colored People’s Time and Profiles in Black, San Francisco’s Vibrations for a New People and Black Dignity, Cincinnati’s Right On!, Omaha’s Kaleidoscope, South Carolina’s For the People, and Atlanta’s Ebony Journal, to name just a handful, as well as on national programs such as Black Journal and Soul!

Programs like Black Journal, Soul!, Inside Bedford Stuyvesant and Say Brother made multiple strategies for Black liberation visible and comprehensible to an ever-widening audience, both Black and non-Black. By offering documentaries on figures in Black history, and exploring Black culture and art, these shows claimed history and culture as constitutive of Black humanity and achievement. These programs offered a sharp contrast to mainstream television programming, which marginalized, maligned or ignored African American communities and pathologized Black cultures and Black families. 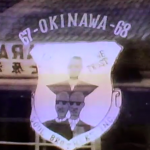 You can read the introduction here