Black Power Television and Culture of the 1970s

A panel discussion and screening

The event brings together a woman filmmaker and producer with two writers (a scholar and an accomplished journalist) to discuss the role of women in Black Power TV and race and representation in 1970s American television more broadly, as well as issues pertaining to contemporary documentary filmmaking. 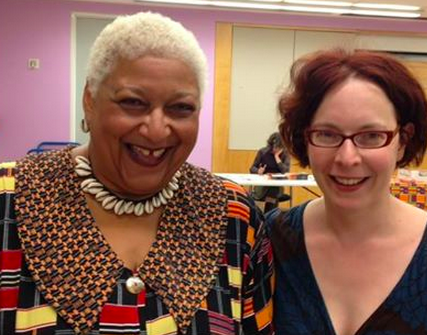 Jewelle Gomez, novelist, playwright, and former staffer for Say Brother
talks with Black Power TV author Devorah Heitner about her experiences the the staff of the ground-breaking television show Say Brother, where she worked when she was 19 years old!